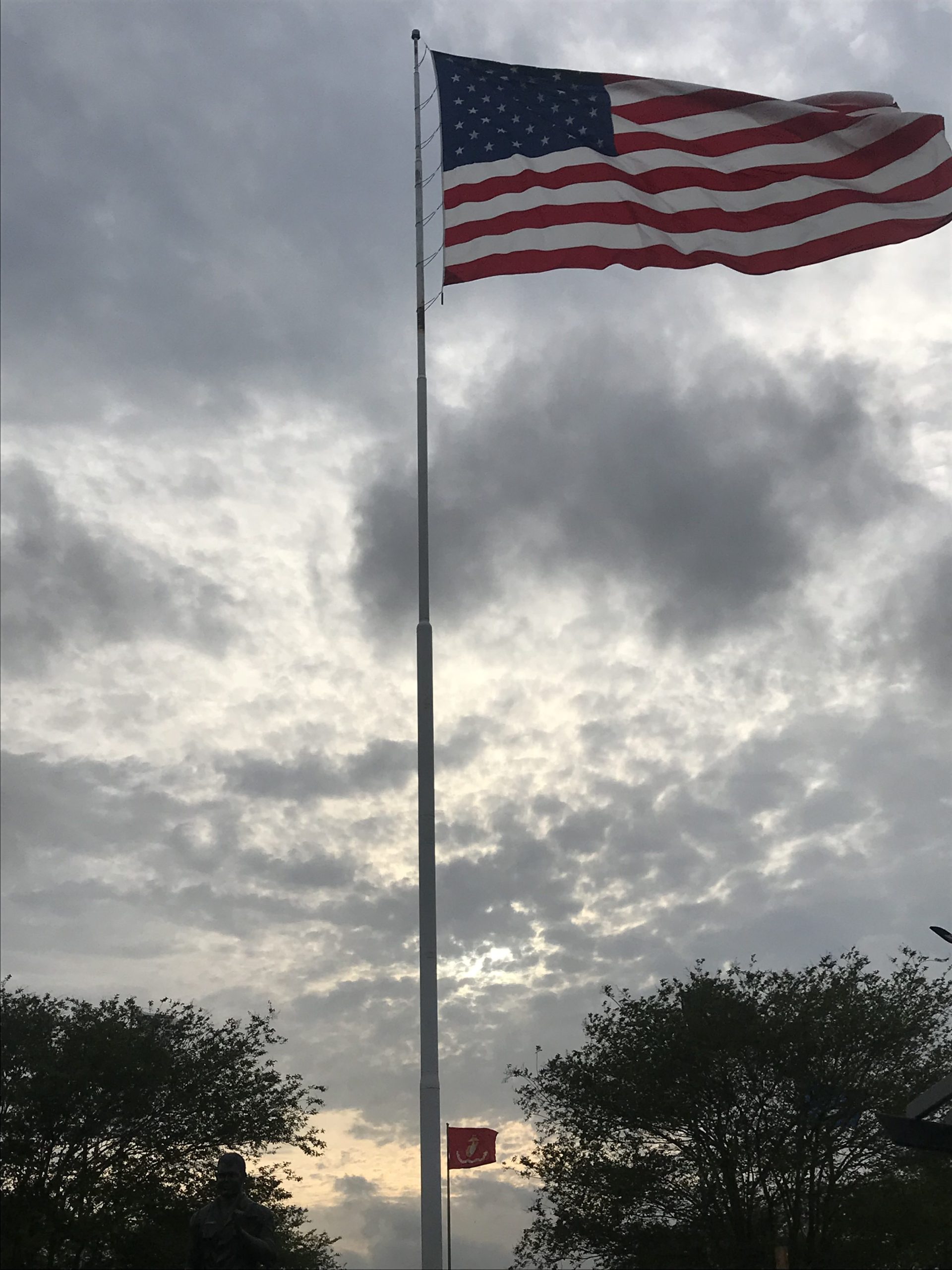 Lake Charles Veterans Memorial Park is located downtown on Lakeshore Drive near the waterfront and where the Boardwalk and piers end.    The park center focal point is designed with a large flag pole with brick pathways that extend to flags representing each branch of the service.

The Park has been closed for renovations. Recently Phase II was added and the City of Lake Charles held a dedication reopening the Park.  I attended the ceremony and it was awesome to see so many of our Lake Charles residents come out to support and honor local Veterans.   The improvements are a stunning addition that residents and veterans will be able to enjoy for years. 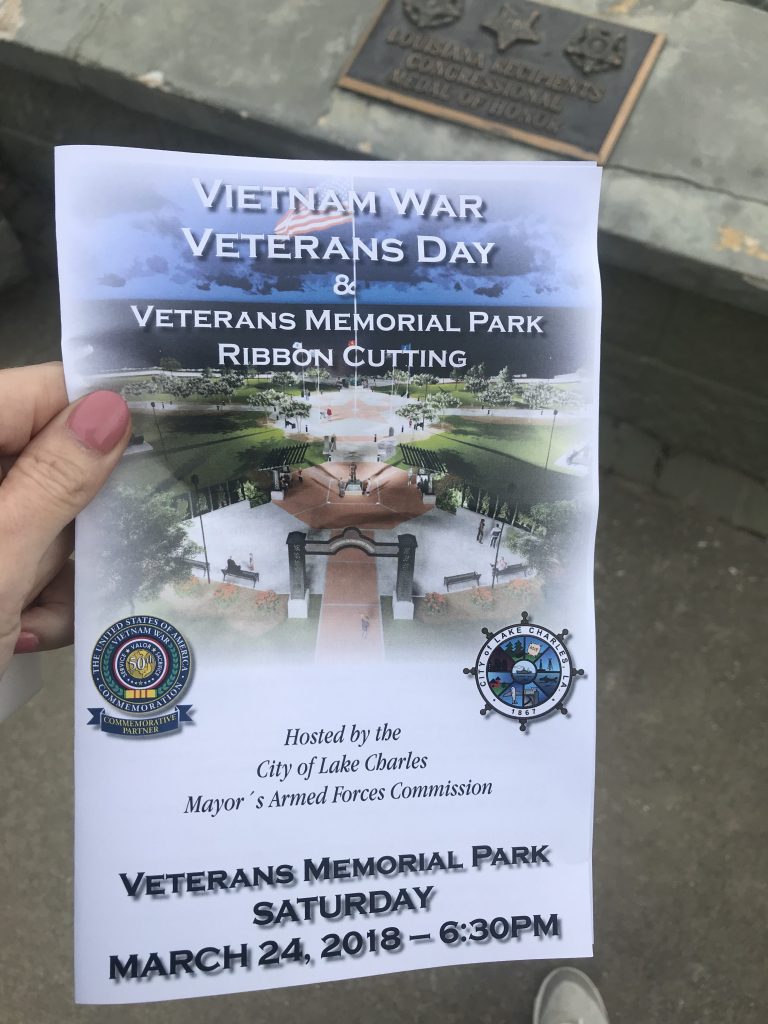 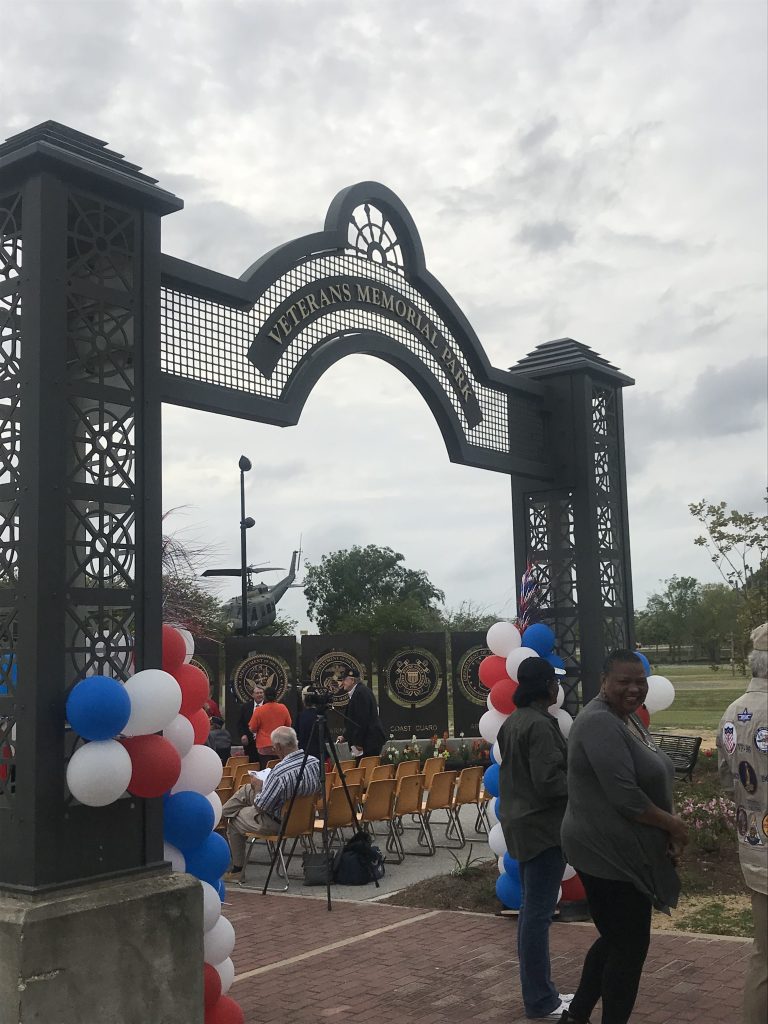 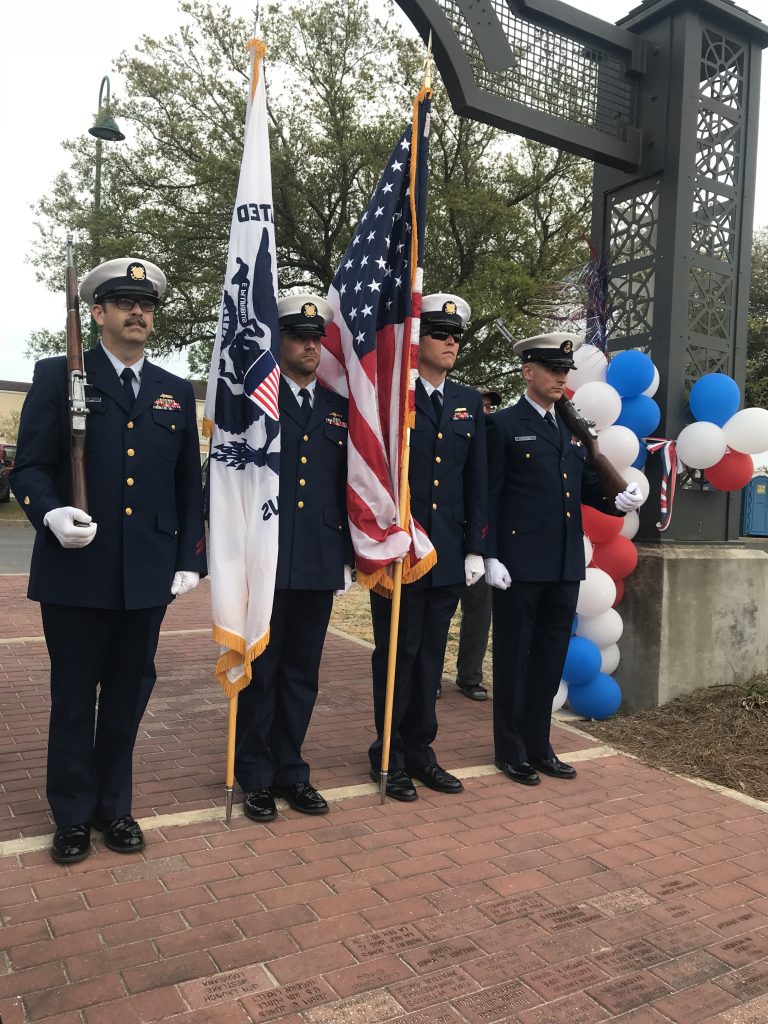 Park improvements  include pole lighting, brick pavers, benches, and an electronic kiosk that will assist residents in finding their engraved brick in the park. Family members may purchase a brick in honor of a Veteran.The most visual change are the ten steel panel silhouettes at the entrance with different figures and seals representing the five different branches of the service. 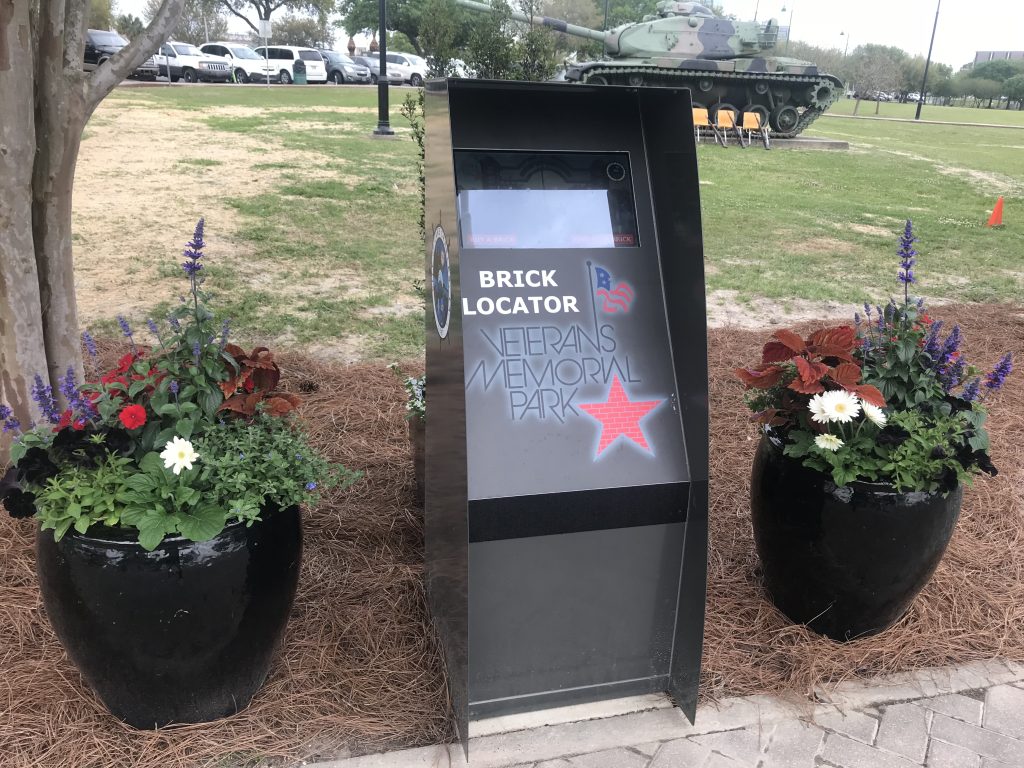 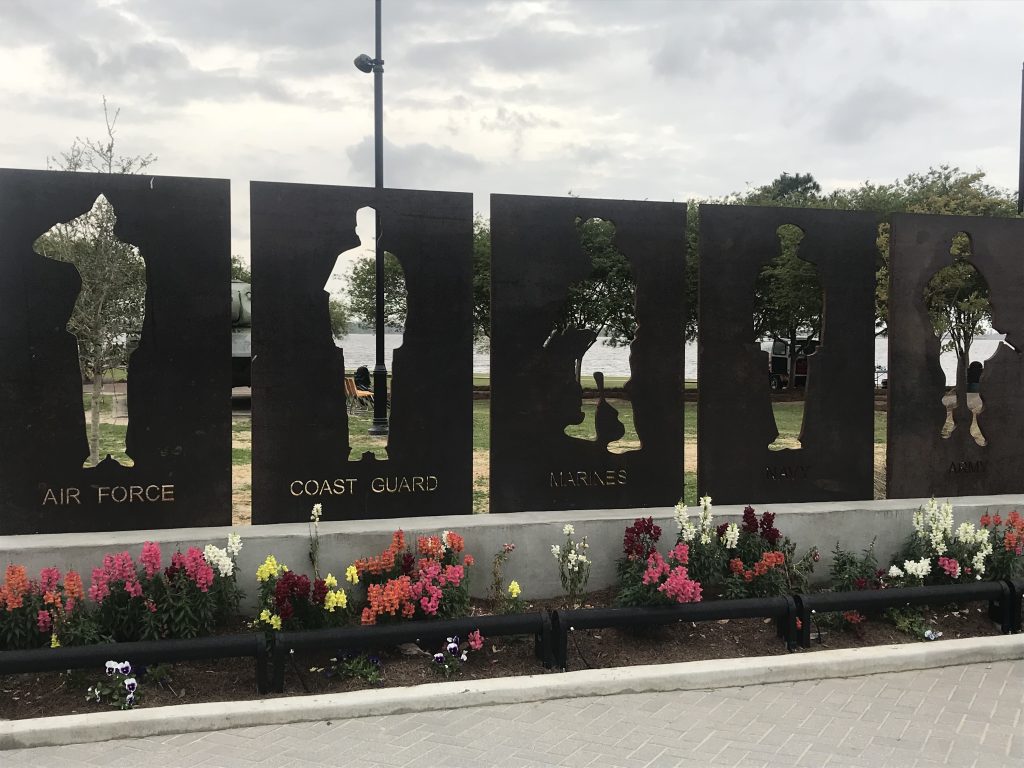 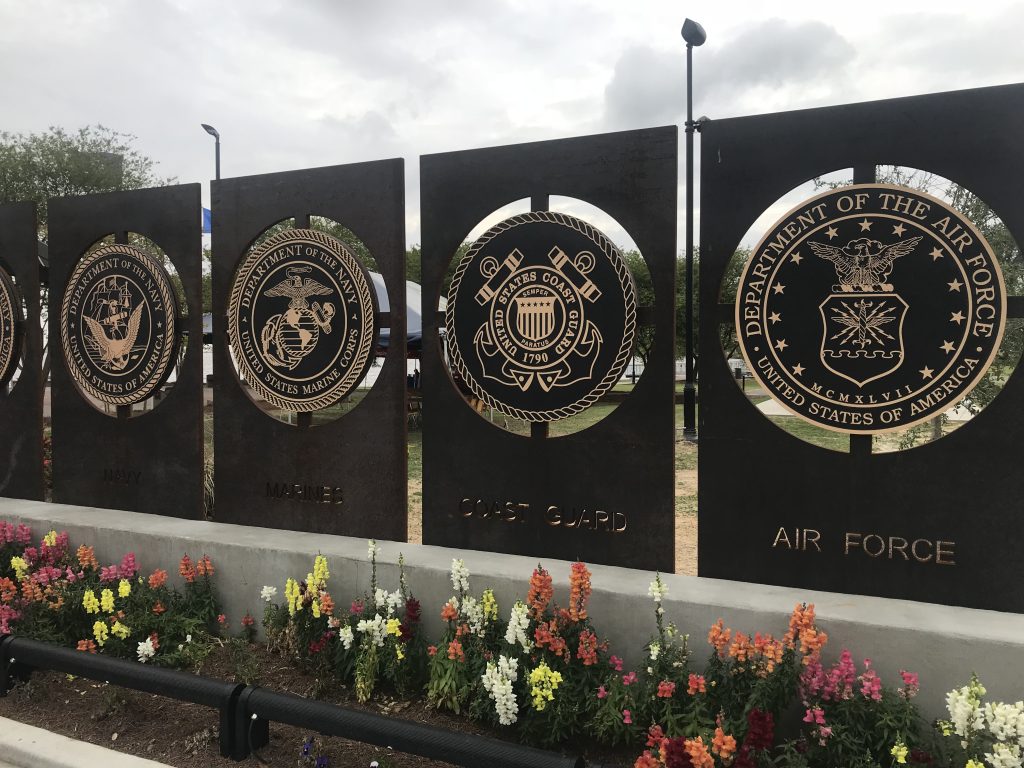 These panels are a stunning image at sunset and when lit, will be able to be noticed from nearby I-10 traffic. 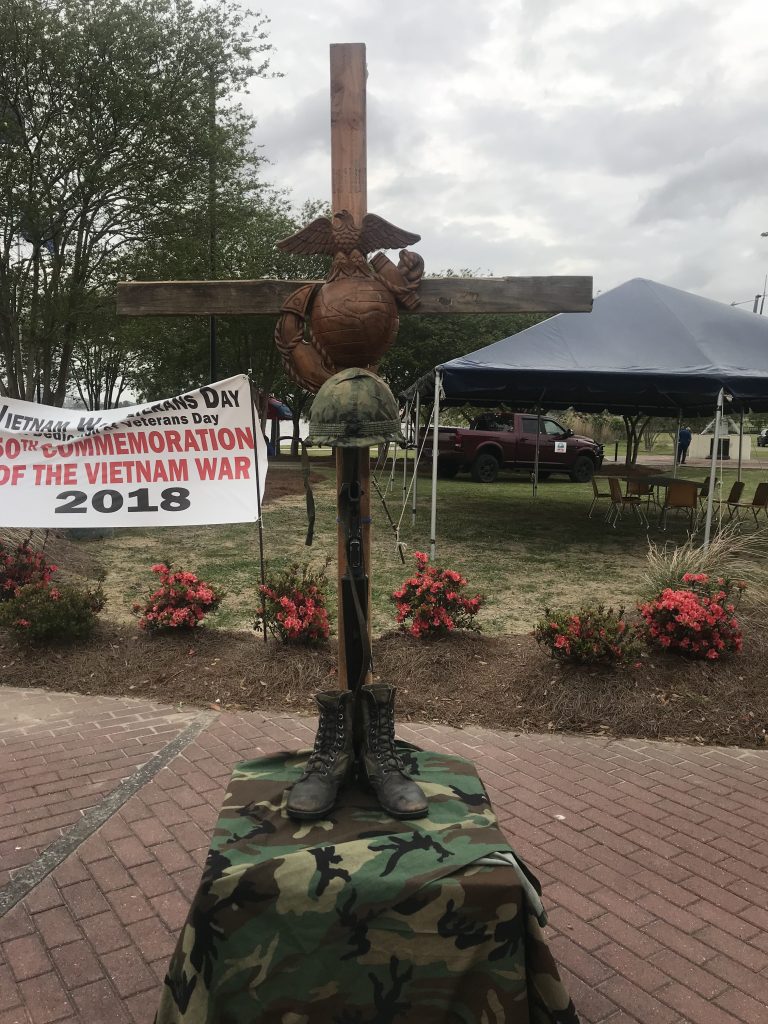 The Fallen Soldier Battle Cross is a symbolic replacement of a cross, or marker appropriate to an individual service-member’s religion for a soldier who has been killed. It is made up of the soldier’s rifle stuck into the ground or into the soldier’s boots, with helmet on top.  The purpose is to show honor and respect for the dead at the battle site. It is a means of showing respect for the dead amongst the still living members of the troop.

The Lake Charles Armed Forces Commission presented the City of Lake Charles with a United States of American Vietnam War Commemoration Flag which will fly at the Park in honor of the 50th Anniversary of the Vietnam War. 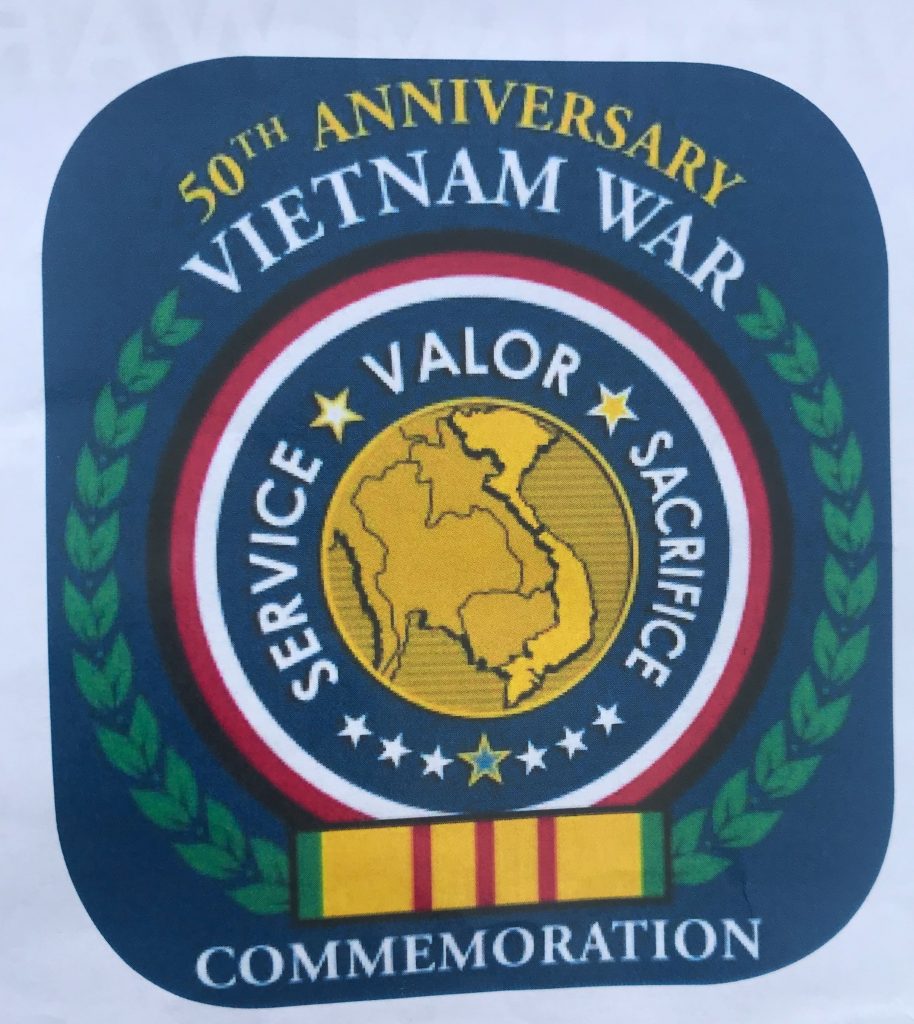 The traditional use of the color gold to signify a 50th Anniversary was chosen for the phrase “50th Anniversary” and symbolizes the specific mission of the Department of Defense program as outlined in the Congressional language “to commemorate the 50th anniversary of the Vietnam War.”A representation of the Vietnam Service Medal (ribbon) rests below the inner rings.The red, white, and blue inner rings represent the flag of the United States of America and recognize all Americans, both military and civilian, who served or contributed to the Vietnam War effort. The outer black ring serves as a reminder of those who were killed in action, held as prisoners of war or listed as missing in action during the Vietnam War. The black ring surrounds the red, white and blue rings to call attention to their sacrifices, the sacrifices of their families, and the defense of our nation’s freedom.Within the blue ring are the words “Service, Valor and Sacrifice”; virtues demonstrated by our veterans during the Vietnam War. The gold-rimmed white star located between the words “Service” and “Valor” represents hope for the families of those veterans for which there has not been a full accounting. The blue-rimmed gold star located between the words “Valor” and “Sacrifice” represents the families of those veterans who paid the ultimate sacrifice during the war. The blue star at the bottom of the inner blue ring represents the families of all veterans and symbolizes their support from homeAt the bottom of the inner blue ring are six white stars, three on each side of the blue star. These six white stars symbolize the contributions and sacrifices made by the United States and its Allies. The center circle contains a map of Vietnam in black outline relief, signifying both the country and the Vietnamese veterans who stood with our veterans. The subdued outlines of Cambodia, Laos, Thailand, and surrounding waters represent the area of operation where U.S. Armed Forces served.The green laurel wreath signifies honor for all who served.The phrase “A Grateful Nation Thanks and Honors You” is the personal message to each veteran, civilian, family member, and all who served and sacrificed during the Vietnam War 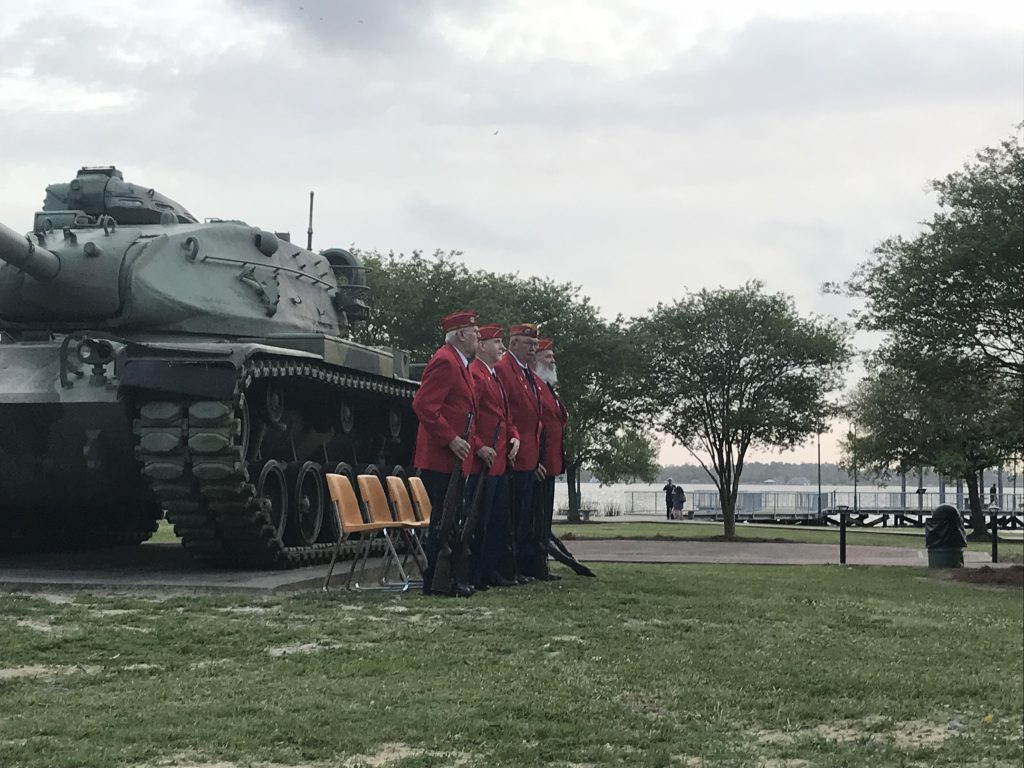 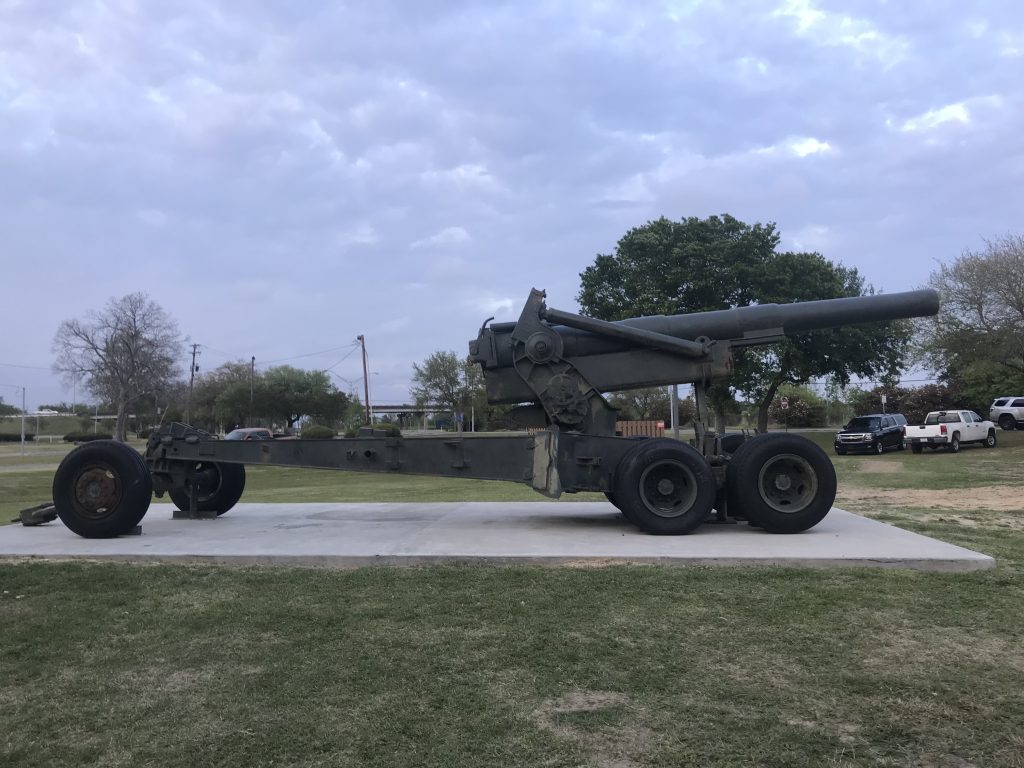 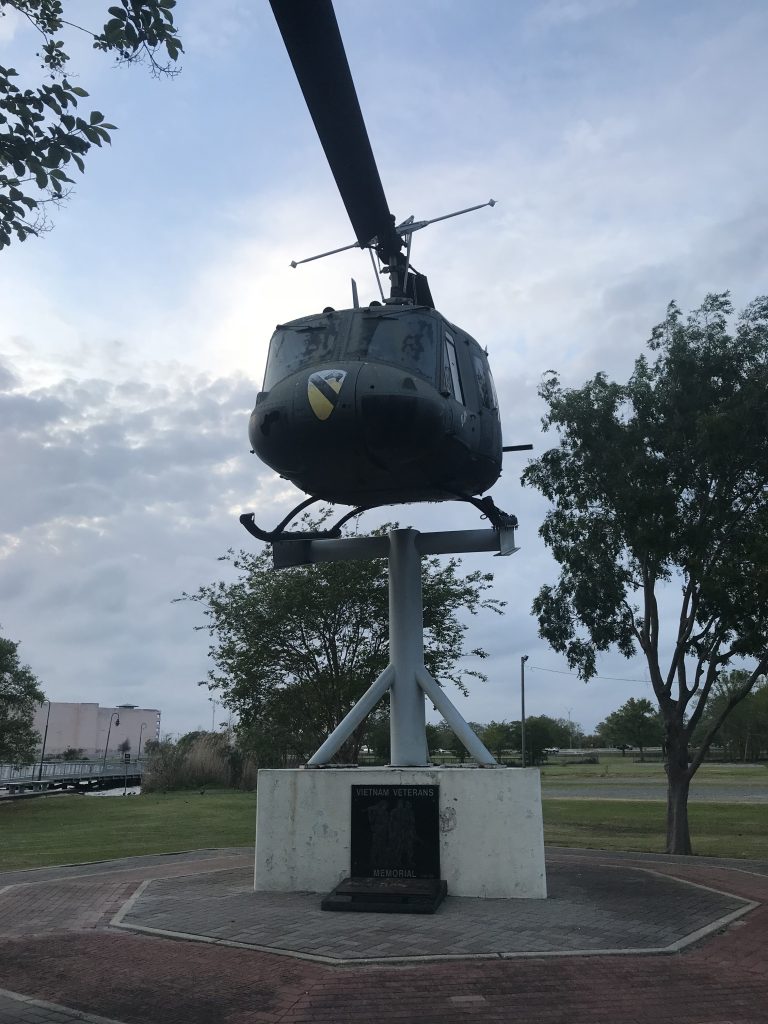 Whenever you see a Veteran, remember to Thank them for their service! 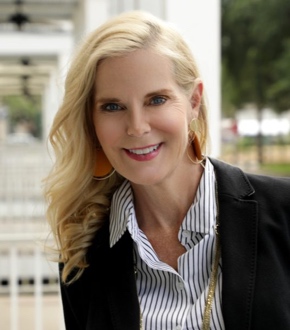